Marquee signing Massimo Maccarone showed his class and experience in his first appearance for the club, coming off the bench in the second half to score a brace as the boys in Orange completed their comeback.

The win gives the Roar a huge confidence boost ahead of the team's blockbuster Cup tie on August 9 against fierce rivals Melbourne Victory at Perry Park, Bowen Hills. 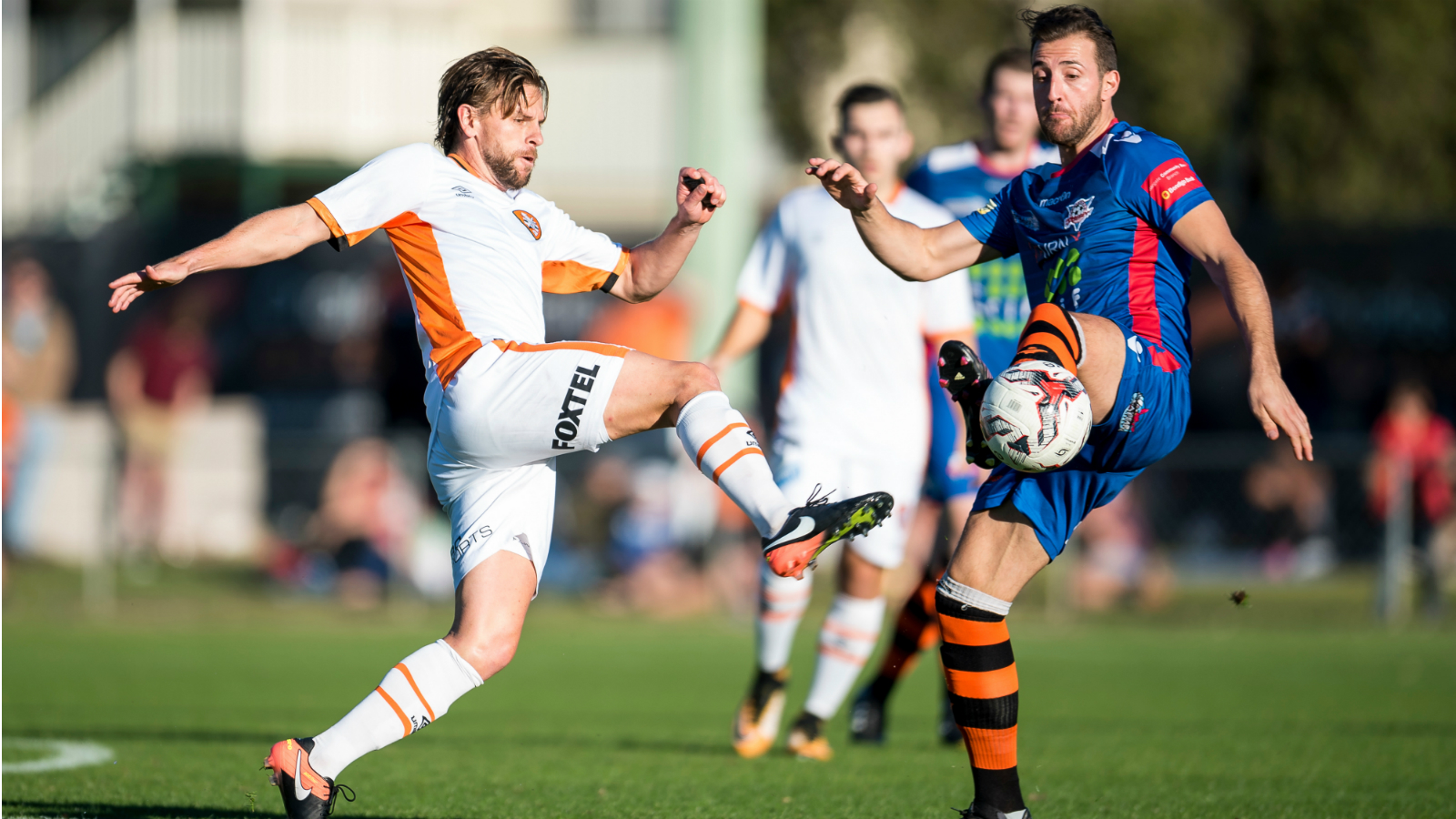 Brisbane’s equaliser in the first half came in the 30th minute after trialist Peter Skapetis made a brilliant run into the area to then finish from close range.

Power then went ahead 2-1 against a young Roar side in the 38th minute through a close range strike from attacking midfielder Thomas Strickland.

An experienced and classy Brisbane Roar side then dominated the second half creating numerous opportunities and young striker Nick D'Agostino drew the visitors level with a fine header from a pinpoint cross from Captain Matt McKay to make it 2-2.

The fans at AJ Kelly Park were the first to witness marquee signing Massimo Maccarone’s debut Brisbane Roar goal, with the Italian striker slotting home a penalty in the 75th minute following a handball by fullback Jarrod Austin.

The former English Premier League footballer bagged his second two minutes before the final whistle, finishing from an acute angle after rounding the keeper to seal the Roar’s second win of pre-season. 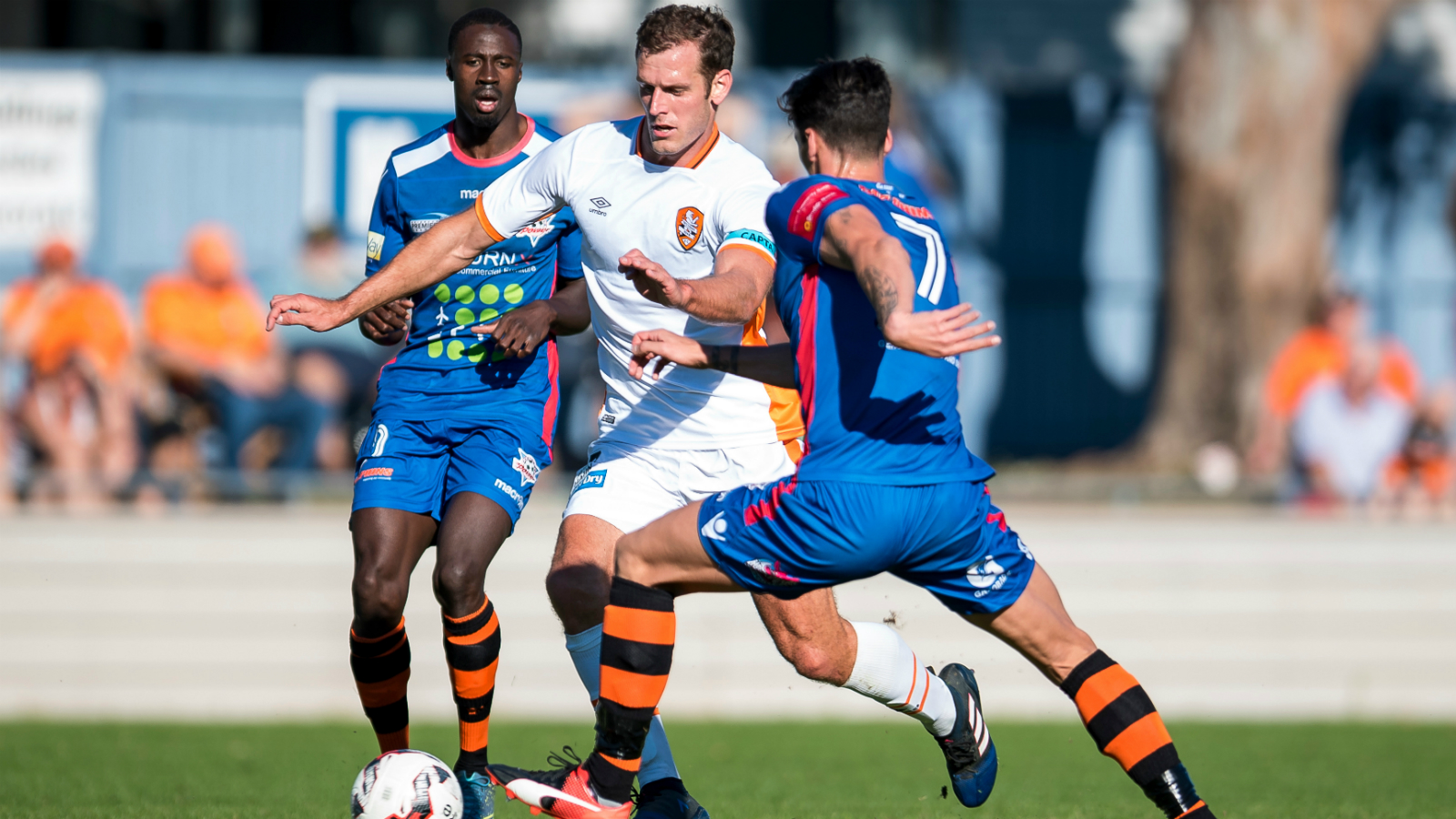 STORY OF THE GAME 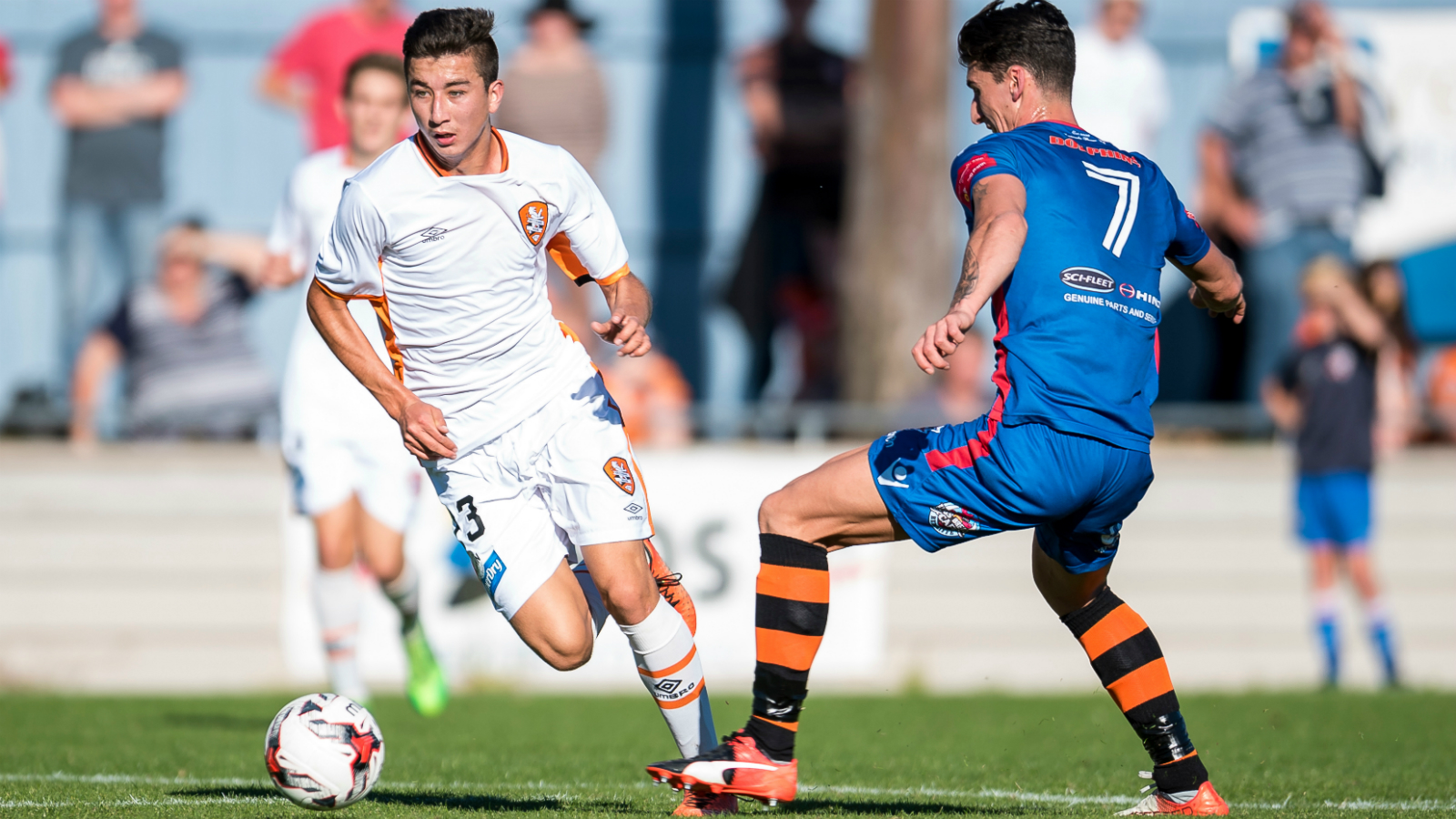 A long-range shot finds it way past Tom Bilic at AJ Kelly Park, the home side Peninsula Power FC take an early lead through a Dean Briggs’ free kick.

Trialist Peter Skapetis drives into the 18-yard box and nets the equaliser after connecting with a loose pass that he smashes into the roof of the net, drawing the sides level.

The home side re-take the lead after Tom Strickland finds space down the right, cutting inside and firing home with a curling effort.

Nick D’Agostino pulls the Roar level after he converts with a glancing header from a lofted cross from captain Matt McKay following good build up play down the left-hand side.

The referee awards Brisbane a penalty after a handball in the box and marquee striker Massimo Maccarone makes no mistake as he confidently puts the ball into the bottom corner of the net to give Brisbane the lead for the first time during the match.

Massimo Maccarone secures a second half brace in his debut in Orange as he surges into the box, rounding keeper Jake Reesby and finishing with a brilliant effort. 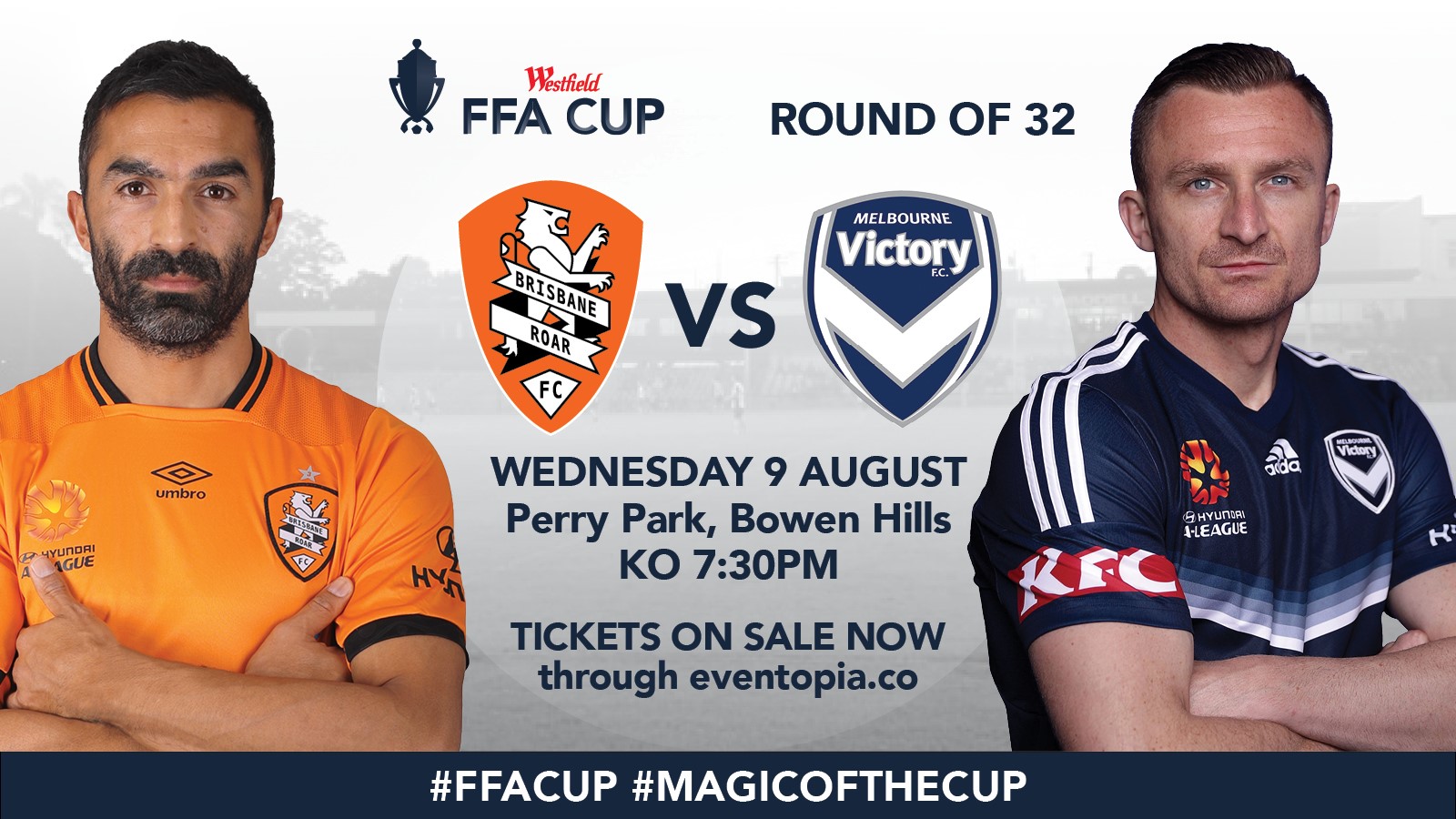 We're inviting our members & fans to an Australia Day Public Holiday Open Training Session at our City of Logan Training Facility. Make the most of the public holiday!

The month ahead: Roar Women

A bye in Round 11 and the upcoming International break is giving our Roar Women plenty of time to prepare for their next Westfield W-League clash away to Perth Glory on Sunday, 15 February. Head Coach Jake Goodship feels that his squad are ready for the month off, with a numbe

GALLERY: Rylee Baisden behind the lens

Westfield W-League star Rylee Baisden jumped behind the other side of the camera for Saturday's Hyundai A-League game against the Phoenix, braving the weather as one of our Club photographers. Take a look below at some of the best snaps captured by our Roar Women's #9! Chec

Some of your favourite BRFC players of yesteryear returned to Suncorp Stadium yesterday all for a good cause with the Brisbane Roar Legends Charity Match to raise funds for Rural Aid's drought & bushfire relief. MATCH REPORT: Roar fire past Phoenix HIGHLIGHTS: Roar v Phoenix

Brisbane Roar have notched their first Hyundai A-League home win of 2020 in tricky conditions at Suncorp Stadium on Saturday afternoon. The win brings the Roar to within a point of the top six as they surge up the ladder midway through the competition. The Roar were solid i